Start a Wiki
Leonardo "Leo" Francis Dooley i and Donald Davenport's step-son. He ithe Younger to him, Adam, Bree,and Chase. He is the only normal kid in the Davenport Family. He is portrayed by Tyrel Jackson Williams. The only episodes he had bionics in are any after [http://lab-rats.wikia.com/wiki/You_Posted_What%3F!%3F You Posted What?!?

Leo is the only normal kid in the Davenport Family until Douglas gave him bionics in You Posted What?!? Pt. 2. He disapproves of his mom's marriage to Donald Davenport. However, when he met Adam, Bree and Chase, he starts to like his step dad. He gets attached to them soon and treated them as his own siblings. On many occasions he has or tried to save the Rat's lives. Despite his size and status he is very brave when he needs to be. At school, Leo is considered the kid in the "bottom food chain" considering he gets wedgies on a daily basis from the football team. In short terms, he is not popular in school. With the help of his siblings, he starts to climb up the food chain and starts to get noticed in school. His nickname in school was rumpleforeskin. Leo is brave, caring, loyal, intelligent. 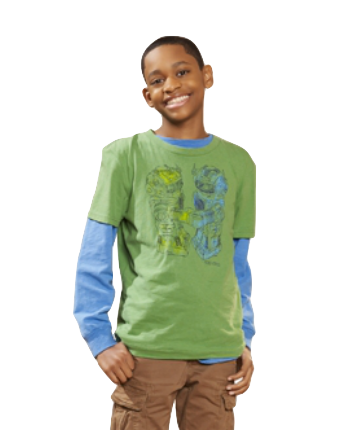 Retrieved from "https://labrats.fandom.com/wiki/Leo_Dooley?oldid=7230"
Community content is available under CC-BY-SA unless otherwise noted.